As this is my first show as Purewhyte I decided to record the highlights of the week. As I was in the vicinity of my space for the majority of the week, it is quite a myopic view of the Milan furniture fair. For other more broad view look 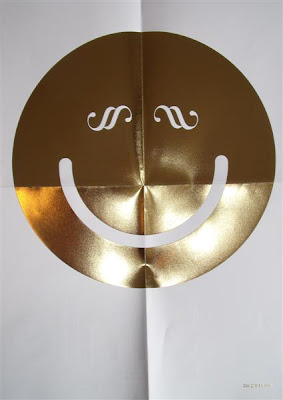 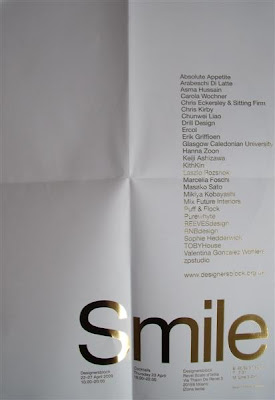 The checklist is almost complete, the business cards are ready and the invites for SMILE Milan 2009 with Designersblock are hot off the press. 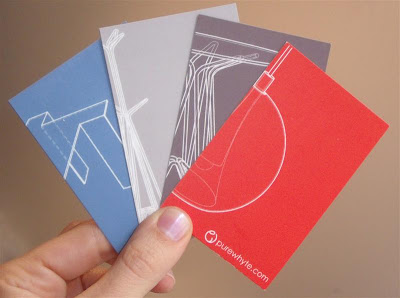 I got my business cards and postcards from a London based company called Moo.com; they're fantastic! It's so easy to use, reasonably priced, quick and quirky, I love moo and will use them again, check out their products

and I could rave on about them all day.

The whole 'Simplexity' Collection was developed and manufactured in six weeks; cutting it fine yes but the feeling of achievement was all the greater.

The space the exhibition was in looked perfect, a quad with vines growing over the courtyard, and two floors with white walls ready for vinyl.

My Drew coat stand and dining table were coming direct from the powder coaters in Scotland and thankfully arrived just after I did, and the unpacking began. (Note to self in the future design light objects that are easy to package!) 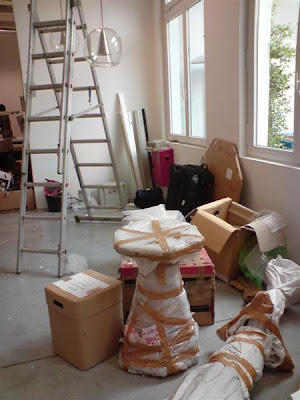 The first day of the show was quiet, giving us time to meet other exhibitors. In the evening we had invites to the launch of the British Design Embassy at the Villa Reale, Via Palestro 16. The event was be hosted by the British Consul General and Her Majesty's Ambassador to Italy. It was curated by Paul Smith and he was there. The general consensus was that it wasn't very well done and we were glad we hadn't paid to show there…but they did have champagne!

In the taxi on the way back, saw these two guys on neon bicycles; sorry for the blurry photo. 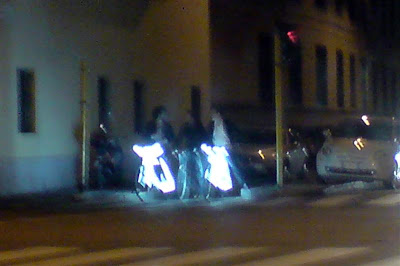 Launch day/party night. Setup for the party, everyone was in high spirits & most of the boys from Caledonian University were even sporting their kilts.

Ed Reeves is a photographer who was working on an article about how the recession has affected designers. He wanted people to write a sentence or word on some cardboard explaining their opinions and feelings. The common trend is for people to cut back with costs and look at the negative. But I decided to go with the positive of "opportunity" as back in December I was offered redundancy in my 9-5 desk job & took it. Giving me the chance to go for it with my true love, design: although I was also tempted to go with "…will design for food!" I thought it only fair to photograph him if he photographed me, so here he is: 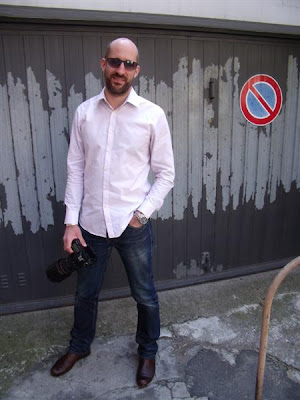 The evening's entertainment kicked off with a burst on the bagpipes, which soon brought in the crowds. 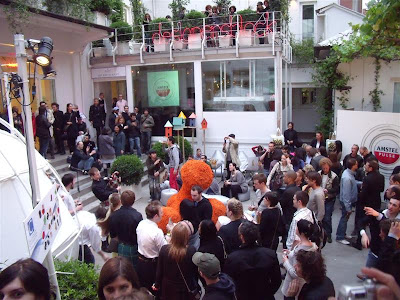 There was some great work from some of the

artists including; Gilbert Bloodbat, Miss Led and Jimi Crayon. There was also some awesome beat boxing from Reeps. 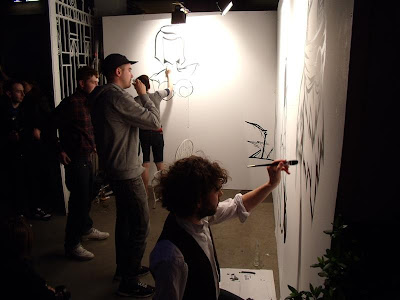 It was great so many people came as we were in competition with Tom Dixon and Established and sons parties, with quite a few old friends and familiar faces popping in to show their support. I also enjoyed a much deserved glass of wine. 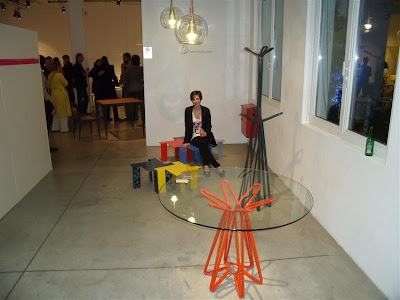 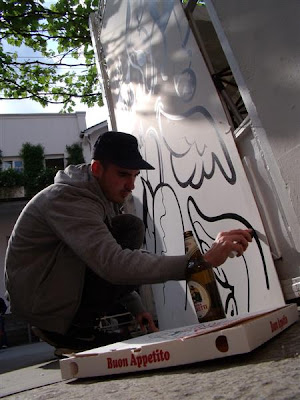 A pretty chilled one with everyone recovering from the previous night shenanigans, the secret wars guys covered every available blank space with more artwork and we had a beat box & bagpipe mash- up. Opinions are divided about that one! 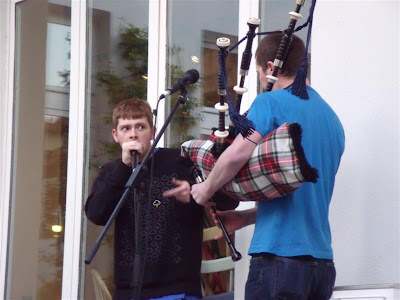 The kids are coming! It's amazing to see how small children react to design so differently. They loved my Hound tables as they were to scale for them, small enough to me moved, sat at or climbed on and the colours and textures had to be touched! 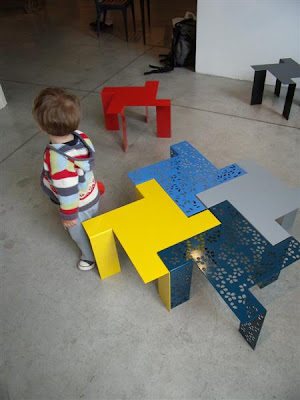 opposite mine appealed due his chairs shapes, children were using it in ways not even thought of by Erik ( I have one funny photo of a child getting momentarily stuck in one; priceless!). 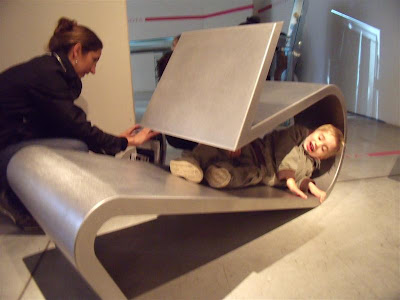 girls, this photo is one of the pieces by Elisabeth Buecher where a journalist isn't looking to keen, but I have it on good authority she left unharmed. 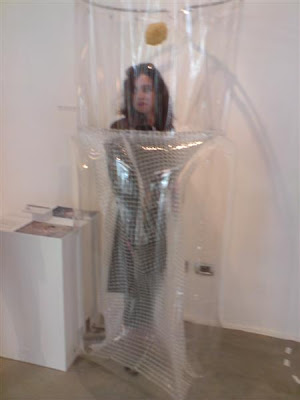 There was also an ace leaflet idea from the

collaborative which includes designers, Chris Kirby, Drill Design, Mikiya Kobayashi and Keiji Ashizawa who kindly demonstrated in these photos. Do you remember the days before the internet and only Commodore 64s or Atari's were the computers of choice and you would find fun playing outside with a ball or inside with a cardboard box?! If you do you would have also been impressed with this fun folded leaflet which "bangs" as you push it thought the air. Simple, accurately made and attention grabbing. Great. 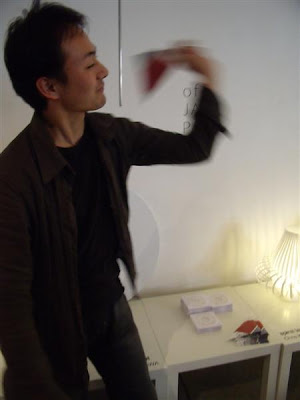 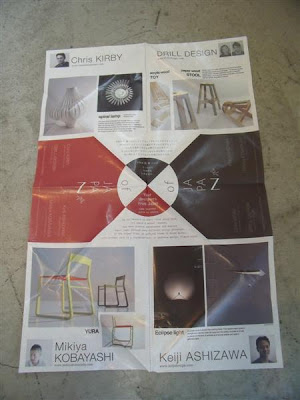 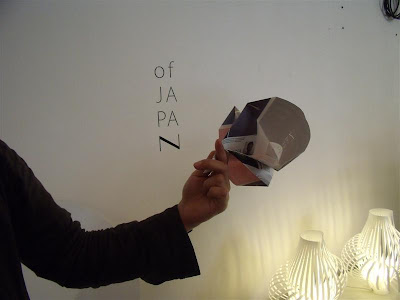 In the evening we went to the party at the horserace track and spent the majority of it queuing and watching some very effeminate dancing from Italian men! 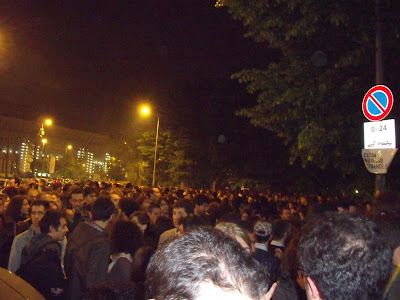 Was the day of mainly rain, rain and more rain. Visitors found sanctuary in main shows or in their homes. Designersblock toughed it out & the beers began earlier than usual. 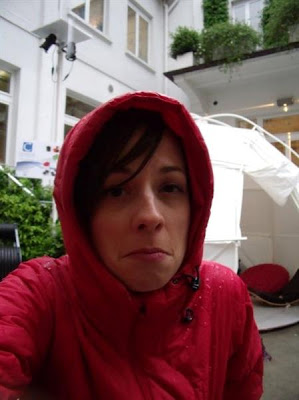 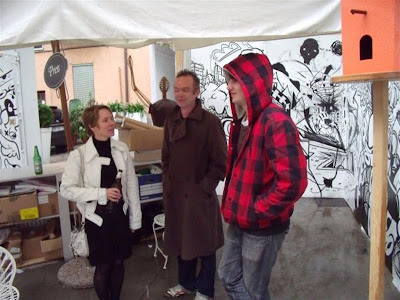 This photo is a detail of

's chair a graduate of

it filled right to the top with rain! 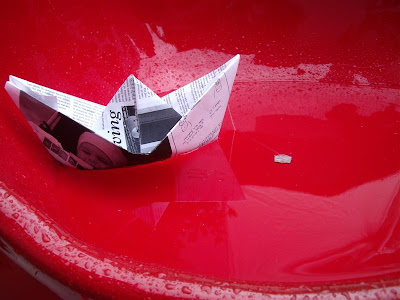 After a rather uneventful day on Sunday, a few of us decided to venture out from the familiar world of our 10msq space. We went to the

exhibition which was AMAZING! By far my highlight everything I looked at either made me smile, giggle or gasp in ore at how beautiful the work was and how expertly made an executed each exhibit was. I will let the images do the talking. 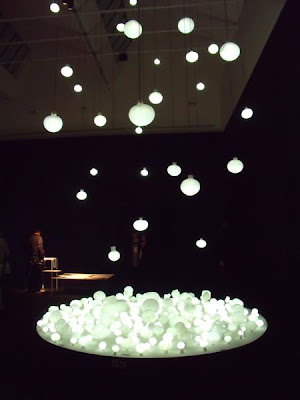 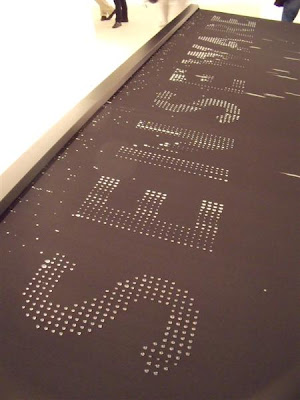 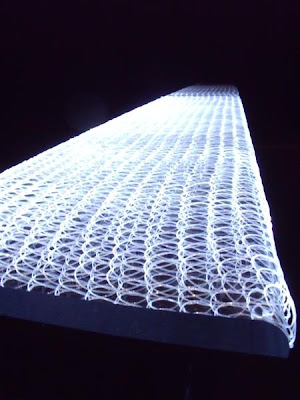 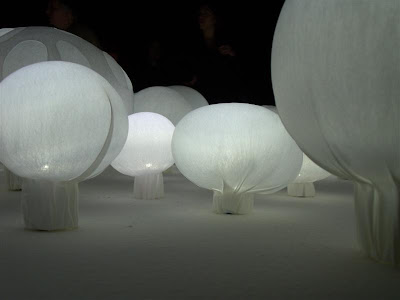 everything was bubble wrapped and boxed away with copious reels of brown tape. While waiting for the truck to arrive

entertained themselves and me with some circus tricks! 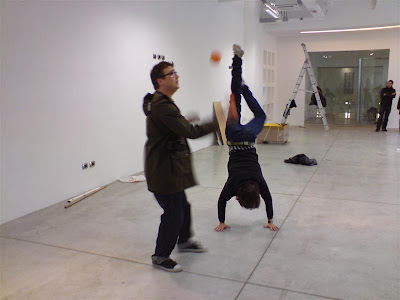 brilliant! I'm going to try and use them as a supplier; I might just have to improve my Italian. 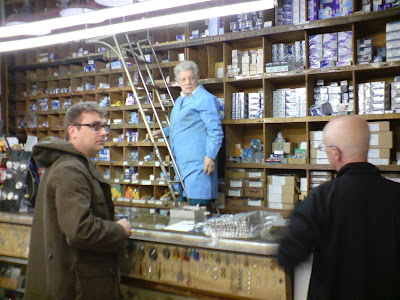 The truck was loaded up in the pouring rain, and we ate our last cheep pizza and carafe of wine. 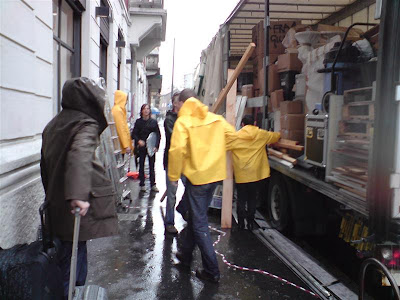 And so this is the end of my Milano extravaganza, hopefully my collection will have caught the eye of manufacturers and esteemed editorials. I'll keep you posted!

Kirsty Whyte - About me

Behind the design with Kirsty Whyte