From the 30th of April to the 8th of May 2011 (that is one long fair), was Grand Designs at Excel London, over in the old east London dock area. 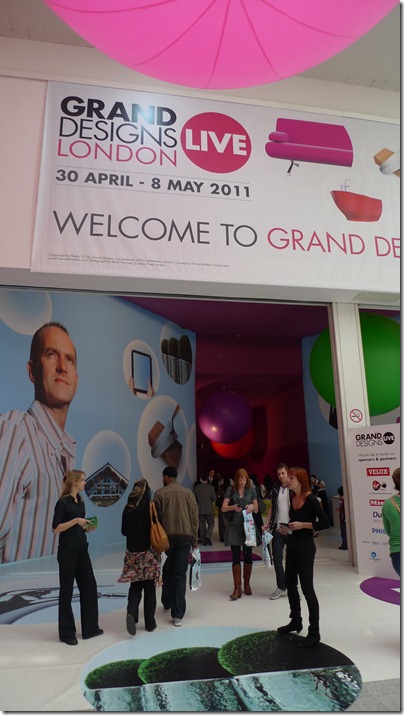 Grand designs live always has such potential, but they seem to lack direction when it comes to curation and layout. Especially in the ‘Design Arcade’ where good design was thin on the ground. Little gems of design were peppered in-between; graduate style projects,  cheapo looking prints and fleece throws etc. Basically anyone who would pay for a space. 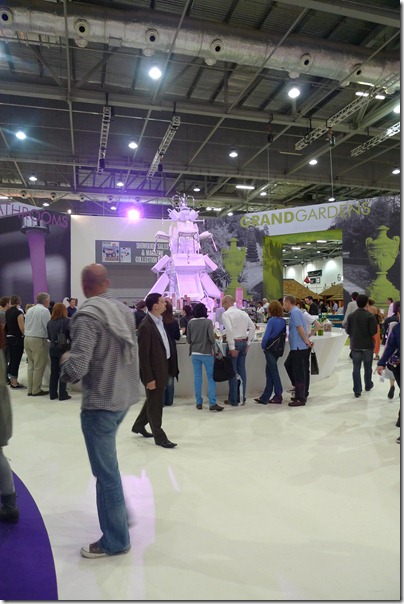 On the plus side, there were some Grand displays that visitors to walk around, which was very popular if this queue was anything to go by. 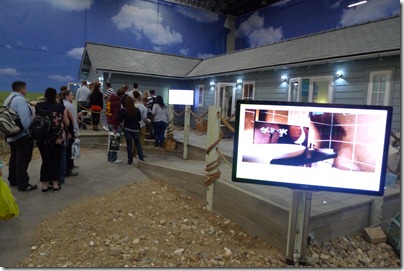 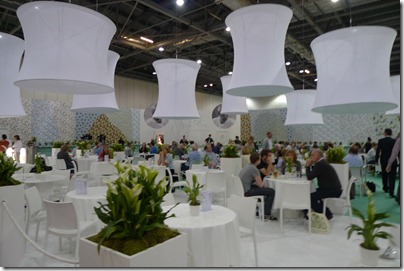 As well as the food stands (where I has a tasty burger) there was a great restaurant area and cooking demonstrations.  You can see Kevin enjoying a crafty glass of wine below. 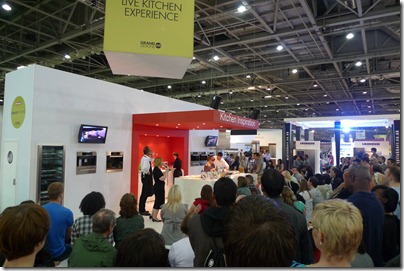 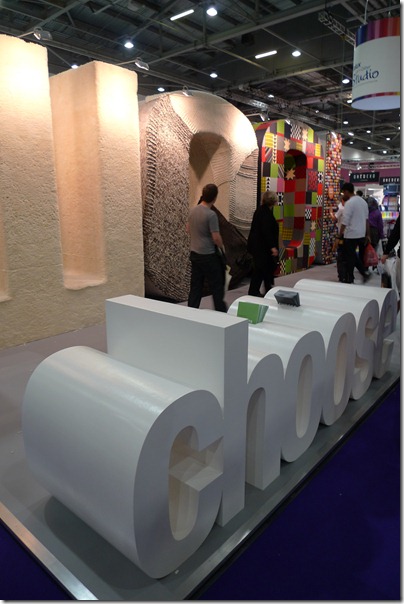 I really liked the more design/material led instillations like the above, than the more prevalent shiny mass branded stands. 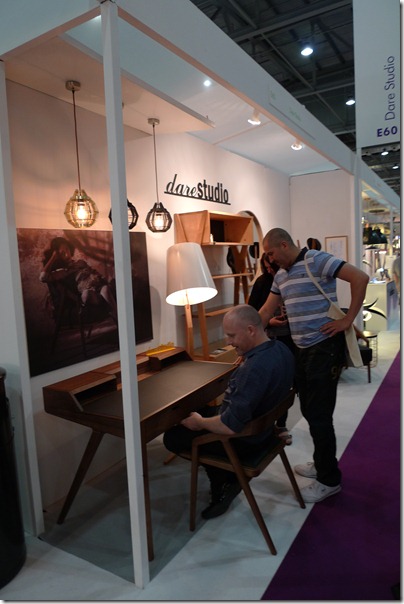 Then to the Design Arcade where as I mentioned above was a mix between a high end fair and east end market.

Fighting the corner for High end was Dare Studio. With some new products, these ace cork wall mirrors and the Wire tables in a copper finish. 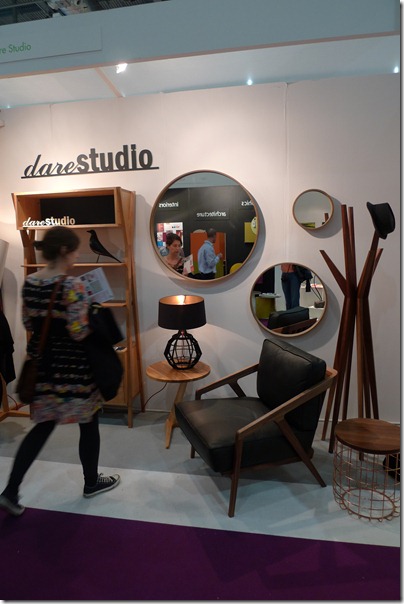 Also JamesUK have been busy, exhibiting at Grand Designs, then ICFF New York. With their Classic wingback and their new Alywn Chair that made it’s debut back in September in the Tramshed. 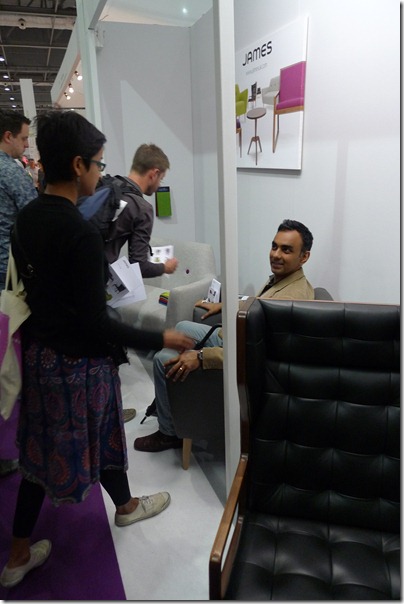 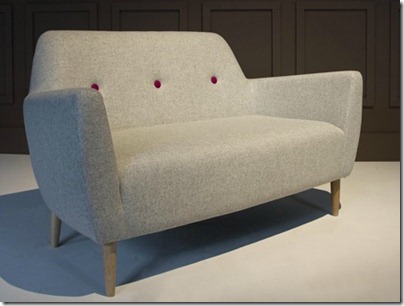 Another stand that caught my eye was JohnGreenDesigns. The Embrace multi-function coffee table came highly commended for the Grand Design Awards 2011. 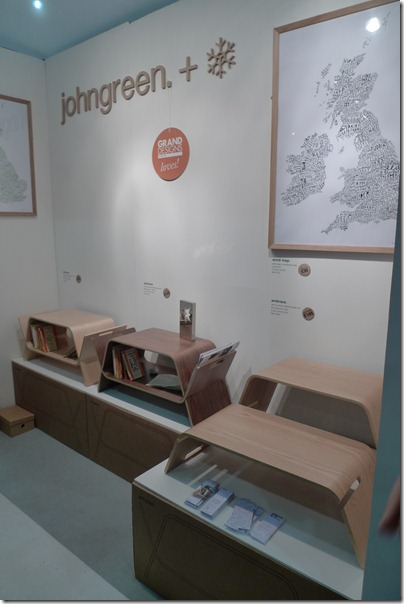 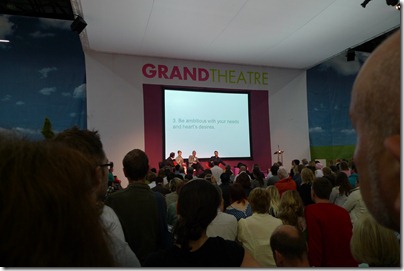 Overall; this show did not live up to expectations, but did contain a few gems, definitely worth keeping an eye out for the 2 for 1 ticket offers!