Finally the last quarter of my LDF design blog. Apologies for posting this a month after the festival, hopefully it will be worth the wait, and not a disappointing 4th sequel , like the Saw movies…when will they end?!! Included is Designersblock and the Victoria and Albert Museum. 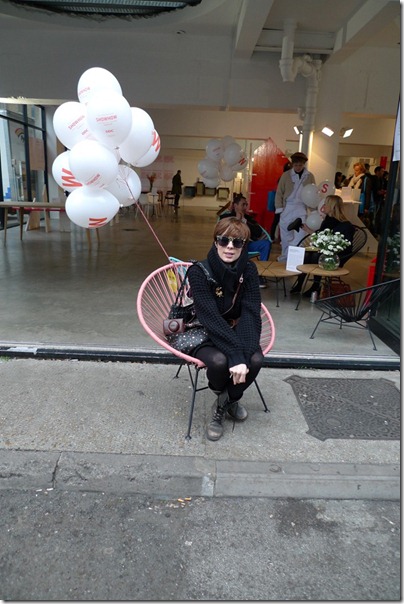 Now the weekend I was starting to flag, and the Tramshed event went on to the early ours ‘networking’, hence the sunglasses.    Above, I’m sitting on The colourful hand-made Acapulco chair from sam bargetz  in collaboration with maya from le grenier, available on Greenpointworks. they’ have been  in loads of editorial over the summer and I love the range of colours they come in.

These were part of the Danish Design Centres, Showhow exhibition. 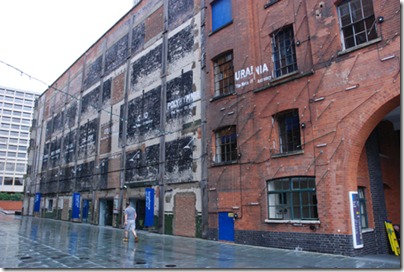 As the rain started to drizzle I found sanctuary at the Designersblock show, where the architecture was competing with my attention for the design, in the Bargehouse, Oxo Tower Wharf. 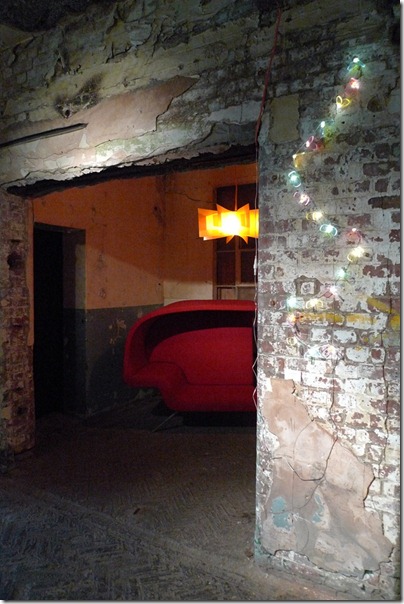 The way each floor revealed different designs and projects in every nook and cranny, felt like I was discovering them for the first time. Above: Scape by Cristiana Ionescu. 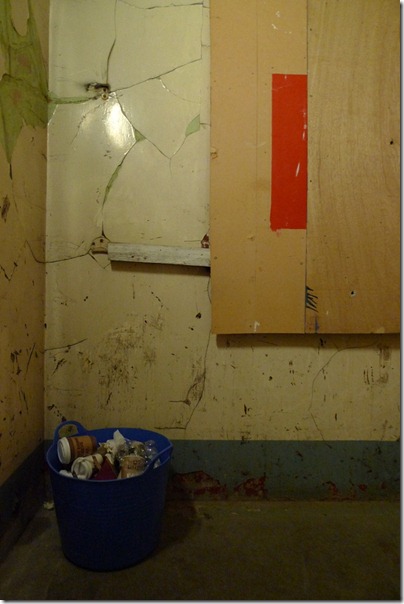 So much to see I wish I had photographed more now! 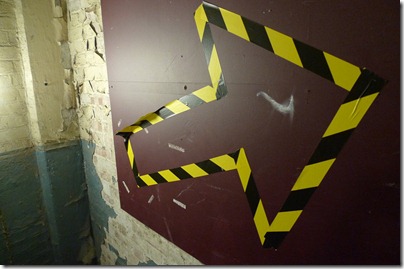 Designersblock regulars Puff & Flock had various projects on display, including Make Up Wallpaper by Elisabeth Buecher. By the time I arrived, many visitors had already been hard at work. 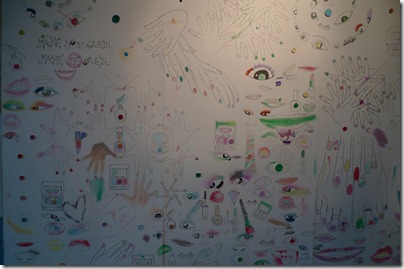 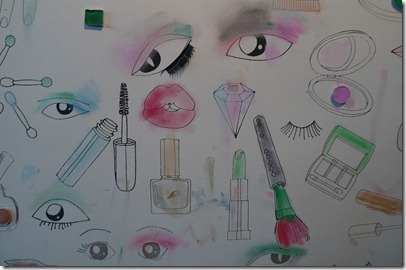 Make sure you also check out he Puff & Flock Blog, which just won one of this years Design Democracy Blog awards. 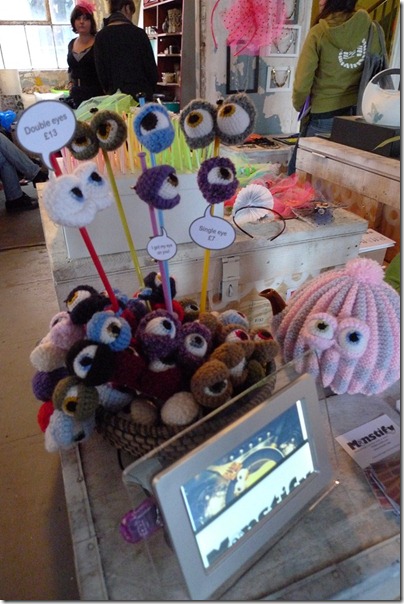 Part of the Puff & Flock shop were Crochet Eyeballs by Monstify! Monstify is a range of handmade crochet products and accessories designed to remind us not to take the world too seriously. 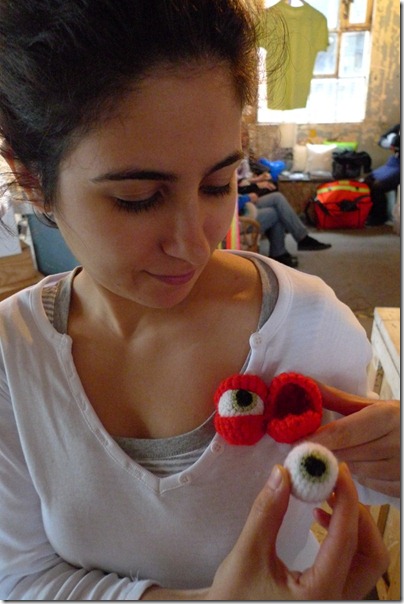 Here Ayda Anlagan the designer demo’s the gory detail that the eyes can be popped out :) 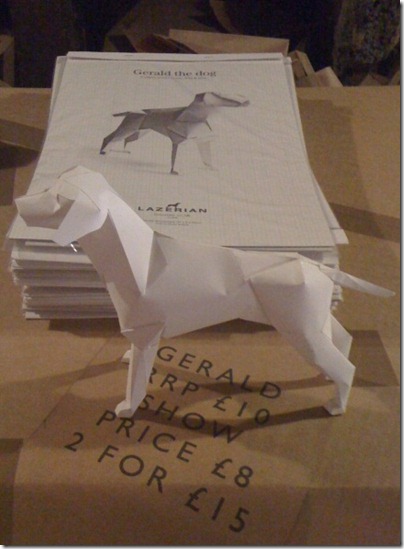 Scaled down from the digs exhibited at Birmingham Interiors earlier this year, were the ‘Gerald the Dog’ kits from Lazerian, where you can now make your own. 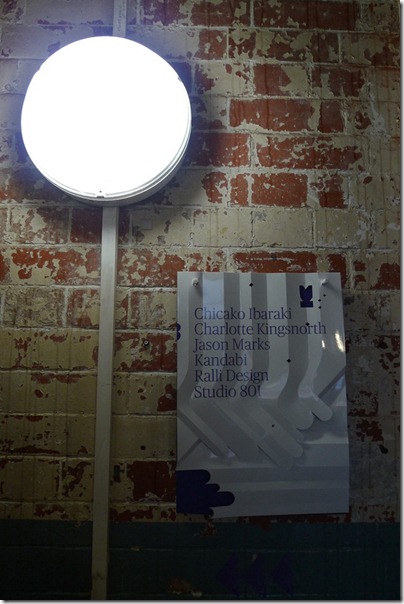 The Origami theme continued in the carefully made 3d signage. 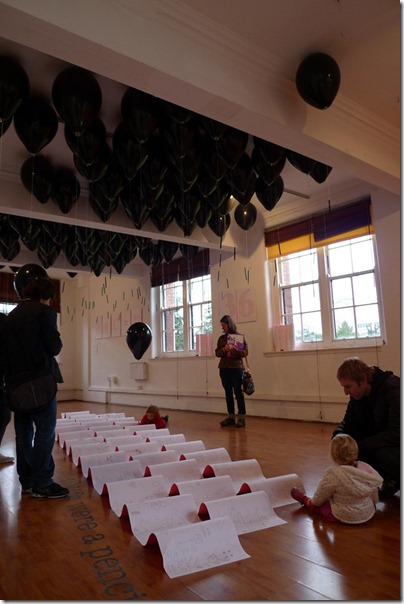 The ‘Make Your Mark’ installation by Singapore design platform YOLO, children and adults alike got involved. 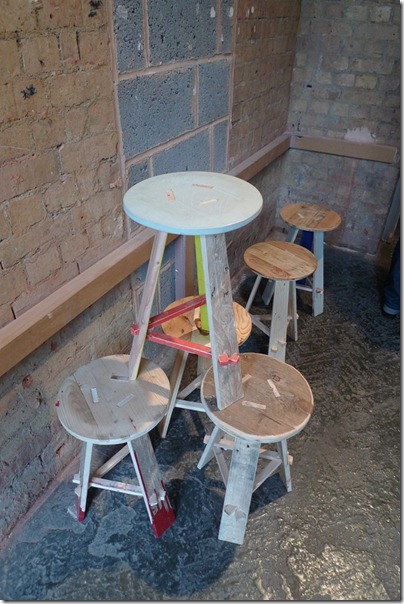 Gowlett stool, part of the ‘Made In Peckham’ range by Hendzel+Hunt the simple and honest construction of these stools really appealed to me. 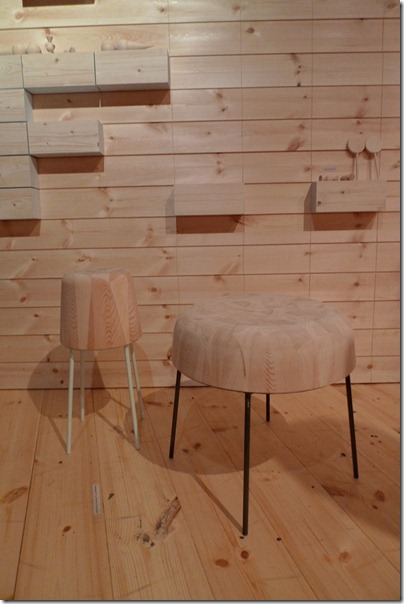 The Awkward tables by Marte Frøystad are made from blocks of pine are placed together and then shaped on a lathe. I love the top heavy look of these; the top proportions to the legs ‘ is reflected in the project's name’. 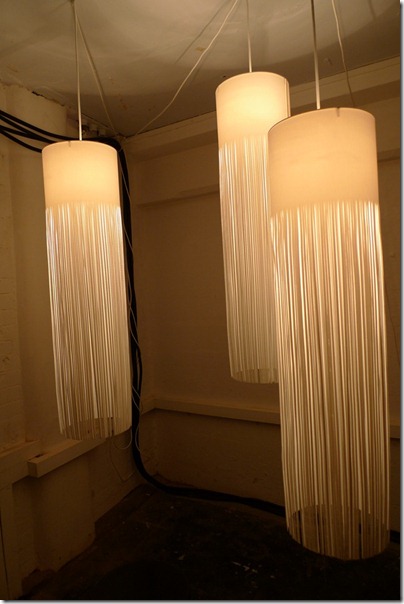 There was so much more at Designersblock, but I was busy looking rather than photographing. 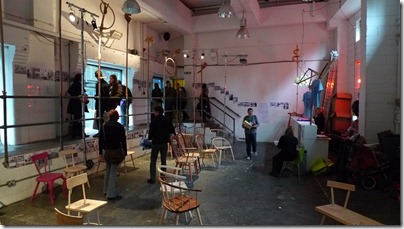 Bodging Milano In March 2010 9 designers spent 6 days away from computer screens, drawing boards and mechanised equipment going back to the furniture to follow in the footsteps of the original country chair makers.

Originally the creations made their debut at the Milan furniture fair, in London they made an outing once more. 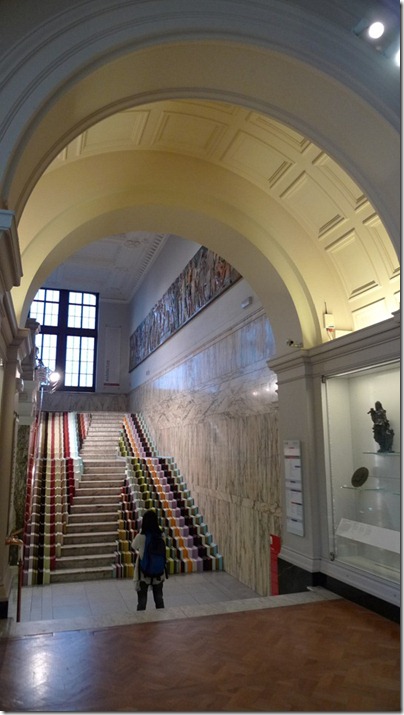 Then to the V&A, I love the V&A anyway, but as I wandered around it’s familiar surroundings, it was great to stumble upon the instillations added for LDF. 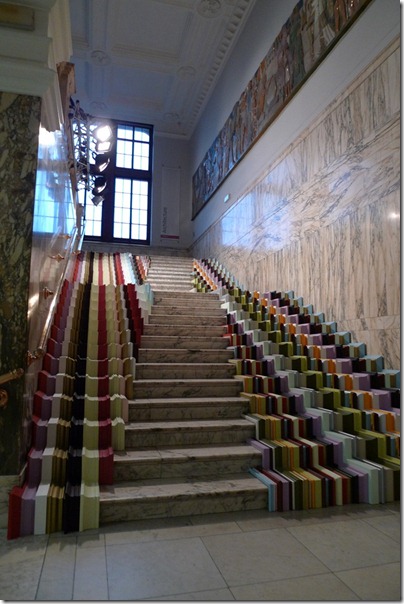 This was one of my favourites on the grand marble staircase, ‘Framed’ by Stuart Haygarth in collaboration with John Jones a picture framing company.

It was so funny as visitors were scared to go up the stairs, not knowing if they were allowed (admiring rather than interacting). I nipped up to take some photos and everyone followed! 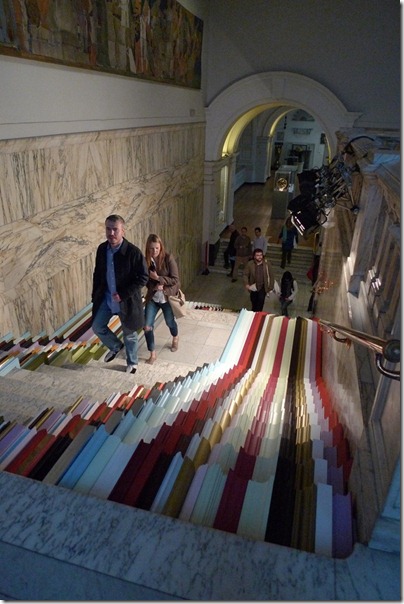 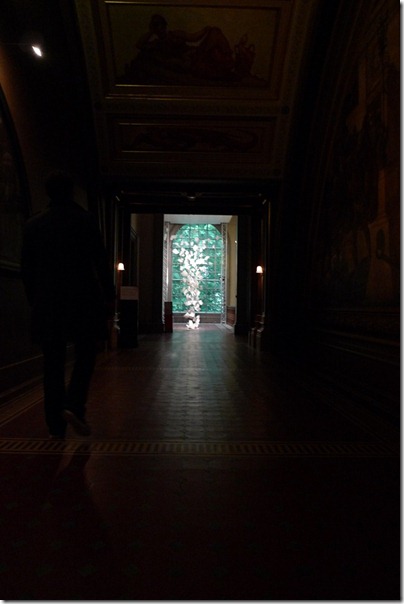 In contrast to Haygarth’s colourful instillation was ‘A Gust of Wind’ by Paul Cocksedge Studio and Corian®. 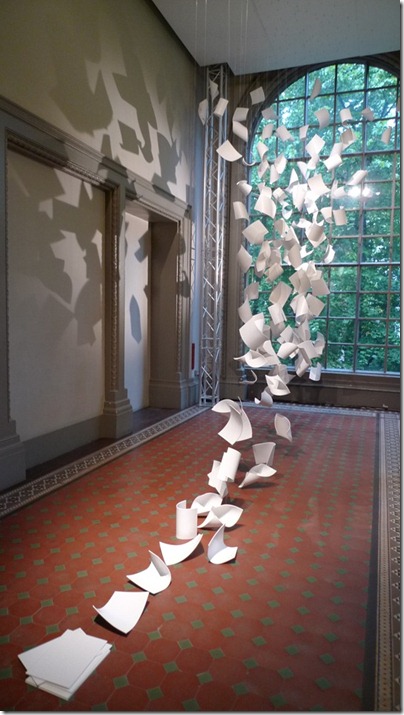 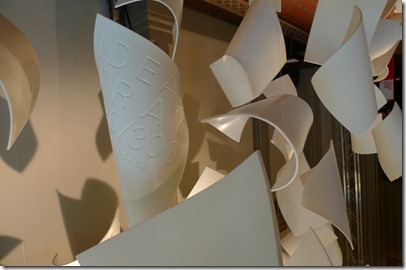 Well that’s it, of course there was so much more to see during LDF but that was all I managed to cram in.

Well done you’ve made it to the end of the LDF 2010 marathon blog; you deserve a medal. So here you are : 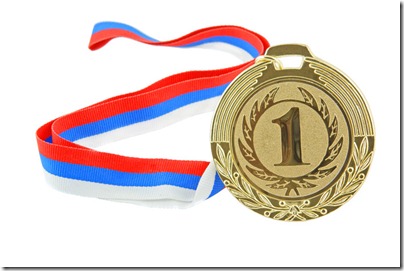